From 2013 to 2015, Yvonne and Pim van Leeuwen worked as MD Global Health in Shirati Hospital in the North of Tanzania, close to Lake Victoria, sent by Dutch NGO Tweega.  Shirati is a rural district hospital with 160 beds, male, female, paediatric-, maternity- and lepra wards. It has a big HIV treatment centre and a nursing school with 170 students. During their two years in Shirati, Pim and Yvonne both had different focus points. While Pim spent his time in the male- and female wards and the operating theatre, Yvonne worked in the maternity department, where one of her main targets was to protocolize management in acute obstetric situations, such as postpartum haemorrhage. Having conducted many (obstetric) ultrasounds prior to arrival, she introduced a program where all women attending antenatal clinic underwent biometry ultrasounds. Part of this project was training local personnel to conduct basic ultrasounds themselves. After their return from Tanzania, Yvonne and Pim started their family medicine residency. As general practitioner in the future, Yvonne wants to keep doing ultrasounds, thereby preventing unneccesary referral of patients to hospital. 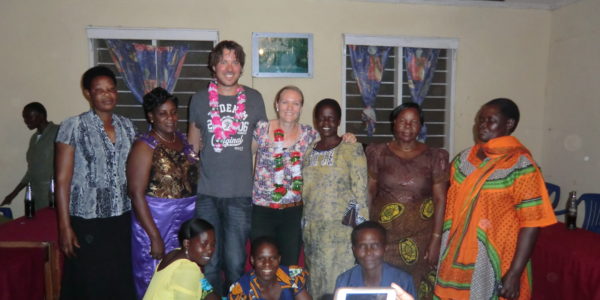 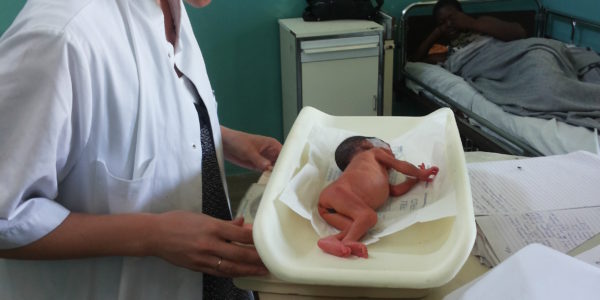 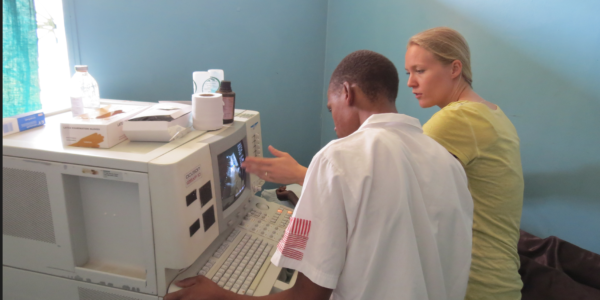 Photo 1: Yvonne teaching how to conduct an abdominal ultrasound 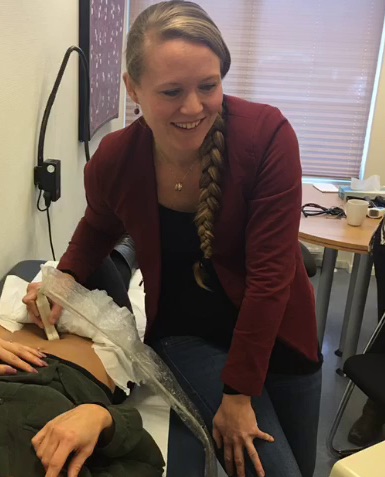 Now:
Yvonne conducts an ultrasound during her GP training in the Netherlands