This time we introduce Marnix de Witte, a former humanitarian worker who was based in South-Sudan last year. It goes without saying that Marnix was exposed to many life-changing experiences during his work in the field. One of them was that he realised that providing basic healthcare for all people, even of those living in conflicts areas, is of vital importance for their wellbeing. Since then he gained great respect for the Dutch Global Health doctors working in such environments and he is supporting our campaign ever since.

We interviewed him because his experiences give an interesting perspective on working in a humanitarian crisis. Marnix stresses the importance of public safety and independent and impartial free press. He regards it as an important determinant to improve public health, even in austere environments. Free press is essential to hold governments accountable and keep them inform their people on health issues. This is very important for global health doctors wherever they work in the world. Improving health and welfare is not only about providing healthcare, but human rights and free press are indispensable parts too.

Marnix de Witte graduated in human rights and is currently working for Free Press Unlimited to provide people all over the world with the possibility to have access to reliable and independent news.

After finishing his Master’s degree in Human Rights, he started working in Brussels to lobby for the rehabilitation of victims of torture. While working behind the desk, he realised that he would better understand struggles of vulnerable and oppressed populations, and to work in their direct support. Said so, he left for the Thai/Burmese border to work with human rights organisation Karen Human Rights Group (KHRG).

Marnix later spent fifteen months in South-Sudan, working for Nonviolent Peaceforce (NP). South-Sudan is the newest country in the world that has been in violent conflict since 2013. Nonviolent Peaceforce could be considered a start-up organisation in the humanitarian field with a hands-on-approach. It does not supply material goods, food or medication but instead is concerned with the protection of civilians in a non-violent way as it implements and promotes the concept of unarmed civilian protection.

During this period, Marnix has lived in different areas of the country such as frontlines in rebel held territory. These areas were only accessible by helicopter and Marnix and his colleagues, mostly South Sudanese, lived in a sober compound within the community. By building relationships with all levels of society and implementing this approach, they were able to find a way to help civilians and build sustainable structures that builds on local capacities. For example, they accompanied women searching for firewood to give them direct protection from sexual violence. Other activities include child reunification, mediation between different groups in conflict, empowered women during workshops and coordinating response efforts between different humanitarian organisations.

Marnix later spent three months in Leer County, in the centre of South Sudan, a place that had seen heavy and continuous fights for seven months prior to NP’s arrival. Marnix explains: “Leer was once a town of 25.000 people but after the fights it was completely destroyed. We took part of an emergency response mission and were tasked to map protection concerns in the surroundings of Leer. We searched for sheltering civilians and walked for hours in the polluted swamps where we found thousands of weakened women and children on little swamp islands. Most of the people where traumatised by the war, many women (possibly up to 70%) were raped and we found children and elderly people that had been left behind. To help these utmost vulnerable people, Nonviolent Peaceforce worked together with other NGOs who could bring them supplies and medical care. Amongst the NGOs was Doctors Without Borders/ Médecins Sans Frontières (MSF) to whom NP, for instance, discreetly referred women who had suffered from sexual abuse and violence. Because there is a tremendous stigma on sexual abuse, these women received a small referral note that they could show to MSF for help without the need to explain their situation.”

After his fieldwork with Nonviolent Peaceforce in South Sudan, Marnix returned to the Netherlands where he now works for Free Press Unlimited. Currently he is working for an exiled media project called Radio Tamazuj that daily brings independent news to over one million people in South Sudan and across its borders. Radio Tamazuj’s big brother is Radio Dabanga – Darfur, broadcasting from Amsterdam, which reaches millions with news collected on the ground by interested individuals in Sudan (Northern Sudan alias the Republic of Sudan). Indirectly, the radio station contributes to informing and educating the audience on global health issues. A hot topic right now in Sudan is the cholera epidemic. The government authorities try to neglect this epidemic and restrain from its governmental duties. Fortunately, via Radio Dabanga, the people of Sudan can be provided with information about the cholera epidemic, for instance with instructions about hygiene and prevention. Besides, it is an important medium for the international response in the country, since it is also a channel to inform international health organisations about the spread and impact of the epidemic who in turn can reach out for the people on the ground.

Marnix is pleased with his work at Free Press Unlimited, to build the capacity of local media and support independent journalists in oppressed societies. Free Press Unlimited provides one of the important needs in life: independent and impartial news, very often on health-related issues, to people and responding organisations in conflict-affected countries worldwide. 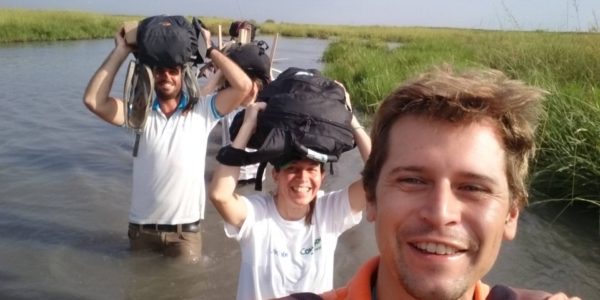 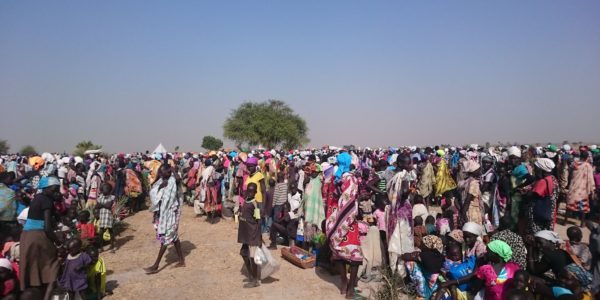 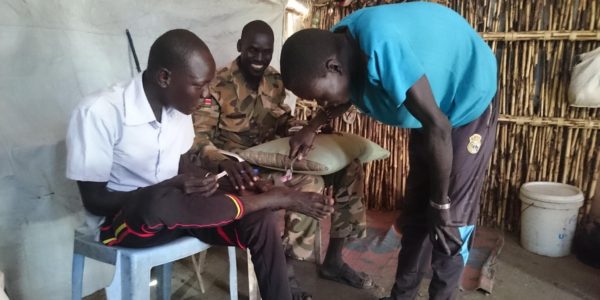 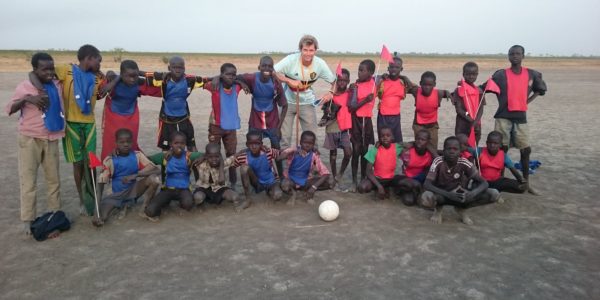